The Western Cape is divided into 6 tourism regions listed below, and some people have a fairly good idea of where they are.

The Overberg  | The West Coast  | The Central Karoo These main regions are broken down further into municipal districts, and to many people, a confusion of overlapping named routes, areas, valleys and towns.

This is not a definitive list of every town in the Western Cape, but rather a guide to what is where, and a compelling argument for the value of a good map.

Confusing  The CBD or City Centre is also referred to as the City Bowl. The Bo Kaap refers to a neighbourhood of few streets in the city, rich in Muslim history and culture. De Waterkant Village is on the Fan Walk that links the city and the Cape Town Stadium. It is home to the trendy Cape Quarter shopping or lifestyle centre, bars, pubs, clubs, coffee shops and restaurants.

More confusing. The Helderberg is the area around Somerset West, 44 km away from Cape Town. The Helderberg is also a region of the Stellenbosch Wine Route which falls under the Cape Winelands tourism region.  http://www.wineroute.co.za/

The South Peninsula is where you would experience the Cape Point Route http://www.capepointroute.co.za/,  and the visit the Republic of Hout Bay.

That is CAPE TOWN,  the least confusing of them all.

Where do we start. This does not just refer to Stellenbosch and Paarl, so lets do the first area breakdown of 5 district municipalities that are being used for tourism destination marketing.

Witzenberg refers to the towns of Ceres, Tulbagh, Wolseley. Here you will find the Tulbagh wine route, nice and easy.  http://www.tulbaghwineroute.com/

Confusing  Some of the wine estates here are part of the Breedekloof Wine Route. ( see Breede River Valley)

Drakenstein refers to Paarl and Wellington and logically the Paarl Wine Route and the Wellington Wine Route.  http://www.wellington.co.za/

Many estates on the Paarl Wine Route seem to be listed as part of the Stellenbosch Wine Route while others are part of Paarl Vintners.  http://www.paarlwine.co.za/

Very confusing  Stellenbosch Wine Route takes confusion to a new level, having 5 sub routes named Greater Simonsberg, which overlaps with Paarl, which is part of Drakenstein, and includes the Dwarsriver Valley in case you were wondering, Helderberg which as we previously mentioned is part of Cape Town, and Bottelary Hills which is a name unknown to most Capetonians, let alone visitors.

le confusion  The town of Franschhoek  falls within the Stellenbosch district, however they seem to stick to Franshhoek Wine Valley and  Vignerons de Franschhoek for their marketing.  http://franschhoek.org.za/vignerons-de-franschhoek/

Breede Valley is code for the towns of Worcester, Rawsonville, Touwsrivier and De Doorns. Within the Breede Valley http://www.bvmt.co.za   we have Breedekloof which is  the Rawsonville and Goudini area, The Hex River Valley which covers the De Doorns area.

Route 62.  This is apparently the longest wine route in the world. It goes through most regions of the Western Cape and into a whole new province, the Eastern Cape.

Confusing  Only a small section of Route 62 is on the road designated R62, this is the area of 237km between Montagu and Oudtshoorn. The total distance of the R62 route is 850km.

The Overberg is synonymous with Whale watching, Shark cage diving, Cape Agulhas where the 2 oceans meet, (not Cape Point as so often incorrectly told) and Hermanus, a coastal town and tourist delight. http://www.hermanustourism.info/

Confusion. Also referred to as the Overberg Coast or Whale Coast, yet 50% of the towns in the Overberg are over 80km away from the nearest coastline.

Recently I have encountered a partial breakdown of the Overberg region into the  following areas. Cape Agulhas area which includes the towns of Arniston, Bredasdorp, Elim. L’Agulhas, Napier and Struisbaai. The Cape Whale Coast which encompasses Gansbaai, Hangklip, Stanford, and Hermanus, and then we have The Greater Swellendam area http://www.swellendamtourism.co.za/   which includes all the inland towns and villages of Barrydale, Swellendam, Malgas, Stormsvlei and Buffeljachts River, and the coastal village of Infanta.

More confusing  Villiersdorp, a town in the Overberg, falls under the Worcester Wine Route which is the the Cape Winelands region

The West Coast is divided  into 6 areas as follows. The Swartland, The Peninsula,  Bergrivier,  Cederberg,  Matzikama and the Hardeveld. Confusion. The name Matzikama ?

The West Coast wine route seems to be the major wine cellars in the  whole tourism region.

The Swartland area includes the towns of Darling, Malmesbury, Riebeek- Kasteel and Riebeek-West, Moorreesburg and Yzerfontein.

Confusion. The Peninsula area is not to be confused with the Cape Peninsula in Cape Town. This region is about 150km away and is the Cape West Coast Peninsula and includes the “Jewel of the West Coast” Langebaan. Home to golf, water sports, seafood and most outdoor activities you could think of. The West Coast National Park and the West Coast Fossil Park are both in this area.  http://www.capewestcoastpeninsula.co.za/

Bergriver area is obviously named after the river which starts in the Franschhoek area, which is miles away from the West Coast. However it is not too confusing and has a number of quaint towns, riverside accommodation and loads of natural beauty.

Cederberg area is where you will find the incredible mountain range of the same name, as well as the Olifants River Valley. Rooibos Tea, citrus fruit, wine and seclusion define this area. The towns of Clanwilliam, Citrusdal, Lamberts Bay, Leipoldtville and Lutzville are in this area.

Confusion. The Olifants River Valley wine route covers a large part of this area but also includes the Matzikama area to the North and the Bergrivier area to the South. http://www.cederberg.com/


Matzikama is probably not the easiest name to remember. It means “place of water”.

Confusion  This area is also referred to as Southern Namaqualand.  Vredendal, Van Rhynsdorp, Lutzville, Klawer, Doringbaai, Nuwerus, and Strandfontein are the towns you will find here. Wines, wild flowers, whale watching and unspoiled beaches in this area which becomes more sparsely populated as you head North. http://tourismcapetown.co.za/leisure-travel/sub_region/namaqua-west-coast

Hardeveld area is in the extreme North and is very remote. The National route from Cape Town to Namibia, the N7 runs through this area and the whole of the West Coast and is part of the fairly new Cape To Namibia Route http://travelnewsnamibia.com/archives/travel-news/adventures-activities/time-to-explore-cape-to-namibia-route/#.UhTwr9IweSo

This is probably one of the better known areas to South Africans and visitors alike. The area stretches from Albertina to Storms River, and includes the well known tourist towns of Mossel Bay, George, Wilderness, Sedgefield, Knysna and Plettenberg Bay. Golf courses, nature reserves, game and safari ranches, elephant and other wildlife sanctuaries , water sports, hiking trails and scenic routes are abundant throughout the region.

Confusion. The name Eden is often used, this refers to the district municipal area and is used in a fair amount of marketing material. This municipal area is broken down into areas, most of which are named for the towns, however Bitou refers to Plettenberg Bay and Hessequa is the area that includes Albertina, Heidelberg, Stilbaai, Riversdale, Witsand and Gouritzmond. Here we also have the recently marketed area of Goukou River Valley which is near Riversdale.

The Klein Karoo, also part of Eden, area refers to the inland towns of Oudtshoorn, Dusseldorp and De Rust.

Maybe confusing.  Prince Albert, being just 111km away via the scenic route through De Rust and the Meiringspoort Pass, or 70km away via the dramatic Swartberg Pass is often included in Oudtshoorn marketing although it is part of the Central Karoo region.

The Klein Karoo is where you will find everything to do with the ostrich industry, and the world renown Cango Caves. This area is sometimes referred to as the Karoo or the Swartberg area. The Klein Karoo wine route is in this area. http://www.kleinkaroowines.co.za/

General confusion. This entire area is also referred to as the Southern Cape area, in the Western Cape Province. Tsitsikamma and Garden of Eden are also found fairly frequently in descriptions of this area.

The Central Karoo is the biggest area but is sparsely populated, with only a handful of towns, namely Beaufort West, Three Sisters, Laingsburg, Majiesfontein, Prince Albert Road, Nelspoort, Merweville, Murraysberg and Prince Albert .

Vast and uncomplicated ,the Central Karoo has no fancy sub areas, oddly named routes or pretentious areas. It is the place to go to get away from it all, commune with nature, really look around and find wonderful things and peace and quiet. Hiking in the unforgiving mountains, walking through the veld, discovering the history of the Khoi-san people, seeing the stars clearly, noticing the ever changing flora and enjoying the .slower way of life in these remote towns.

Karoo lamb, olives and the warmest hospitality to could ask for are what this region is all about. Big African skies, space to breathe, real people and open hearts.

So the big question is are we out destination marketing ourselves?

Do we have too many conflicting destinations, routes and areas?

Is it only locals who are baffled because they are not reading tourism marketing copy? 10 ways to be a great South African 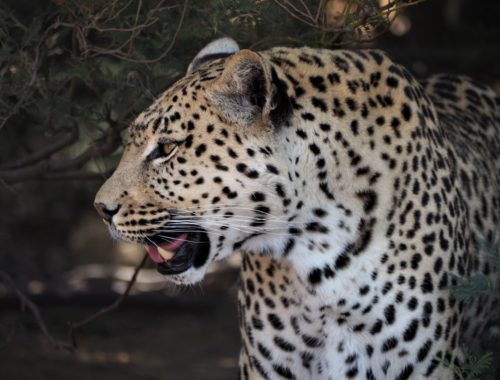